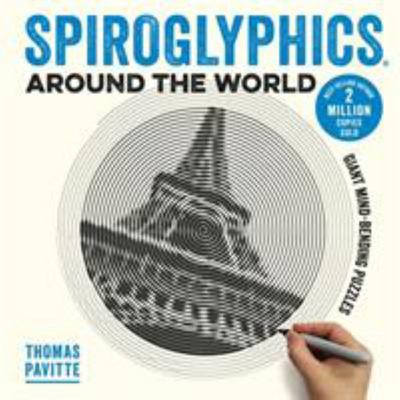 Spiroglyphics are a totally original idea from the twisted mind of genius puzzle-designer, Thomas Pavitte!

At first glance, spiroglyphics appear to be nothing but simple spirals. But if you look a little closer you'll see that the spiroglyphics are in fact two spirals, joined at the middle, and varying subtly in width as they wind to the centre. It's only when you pick up a pen and start to colour them that they come alive...

Spiroglyphics: Around the World brings together a selection of landmarks from some of the world's favourite cities, including:
· Paris
· Berlin
· New York
· Rome
· London
· Barcelona
· Hong Kong

Fun to create and amazing to look at, the Spiroglyphics will blow your mind and make amazing artworks for your wall!